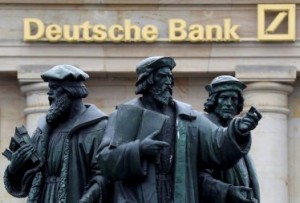 According to papers filed with the federal court in Manhattan last week, Deutsche Bank admitted to attempting to collect from the shell companies the tax bill for its stake in Bristol-Myers Squibb.  The settlement resolves a lawsuit seeking $190 million in taxes, penalties and interest filed in December 2014.

This is not the Bank’s first encounter with legal matters.  Last month, Deutsche Bank reached a $72 billion settlement to resolve U.S. investigation of its mortgage securities sales.  In another case in 2010, Deutsche Bank admitted to criminal wrongdoing and agreed to pay $553.6 million to avoid prosecution in the U.S. over fraudulent tax shelters that generated $29 billion. The U.S. agreed it wouldn’t prosecute the bank for fraud or tax evasion for enabling wealthy U.S. citizens to avoid $5.9 billion in taxes.