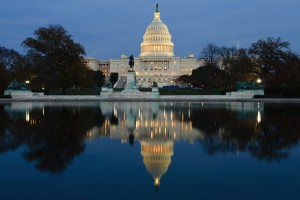 In a narrow vote Thursday, the House passed a bill to repeal and replace major parts of the Affordable Care Act.  The vote, 217-213, on the President’s 105th day in office, seeks to overhaul the health care law and repeal most of the Affordable Care Act’s (ACA) taxes.  The bill includes tax credits that are refundable and increase with age, and a manager’s amendment that would set aside $85 billion for the Senate to increase the credits for individuals ages 50 to 64 who could see premium increases under the new law. It would repeal all of the ACA’s tax provisions except a 0.9 percent Medicare surtax on high-income earners that will remain until 2022.

The bill will now be reviewed by the Senate, where amendments are expected to be made before going back to the House for another vote.  The process is long from over, as the bill is likely to face challenges in the Senate, and both sides will need to reach an agreement in order for the bill to pass.