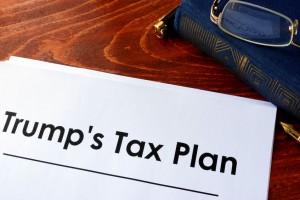 President Trump’s discussions of tax reform have been heating up in recent days.  Republican Congress leaders are expected to present details of the tax reform the week of September 25. The goals identified by the President include simplifying the tax code, lowering rates for individuals and businesses, and eliminating most of the current deductions.

Trump said he wants the corporate tax rate reduced from 35 percent, which is among the highest of developed countries, to about 15 percent.  The President also said that cutting corporate taxes would not be a tax cut for the wealthy.  “The way we are going to get jobs is to make our companies more competitive. Again, a lot of these companies are public companies owned by the public, owned by pension funds, owned by vehicles such as that. So they’ll get a big benefit,” Mr. Trump said.

We will continue to monitor Mr. Trump’s tax plans for any future developments.